Tarangire National Park is eponymously named by the river that carves through it. Tarangire is located about 120 km (75 miles) southwest of Arusha and is roughly 2900 km2 (1100 square miles). The landscape is gently rolling, with a scattering of baobab trees and abandoned termite mounds. There is ample wildlife in Tarangire year round with a particular abundance of elephants as the national park is now used as refuge for these once over hunted and poached animals. There’s now estimated to be over 3500 elephants, which makes Tarangire particularly attractive to elephant lovers. Click here to view our Tanzania map. 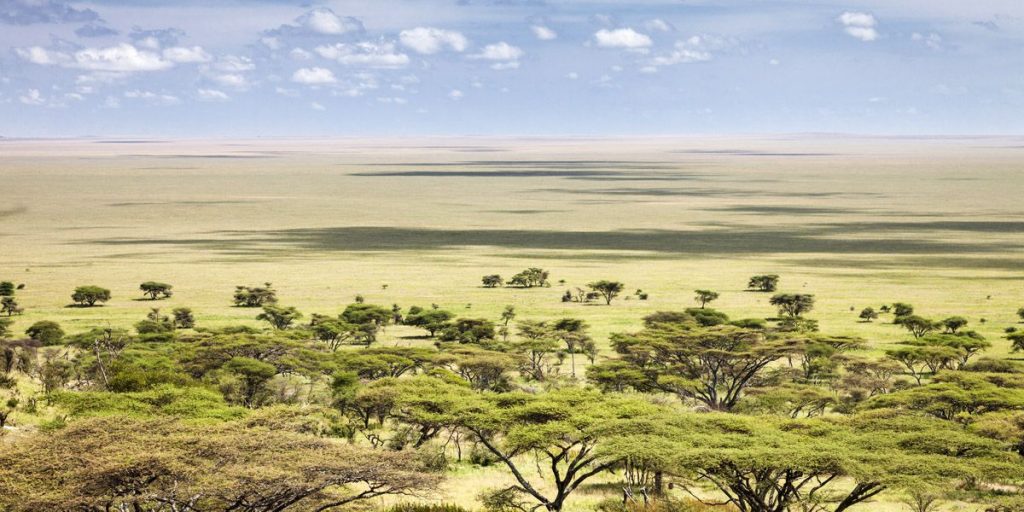 There are two main seasons at Tarangire National Park – the wet and dry season. The dry season runs from around mid June to mid October and is the recommended time of year to visit for those wishing to see the big animals. During the dry season, particularly towards the end of the dry season, nearly all of the water sources have dried up forcing animals to congregate around the remaining available rivers, marshes and swamps. This is the best time to see prides of lions, herds of buffalo and dazzles of zebra all within the park limits and the concentration of animals is on par with that of Ngorongoro Crater. The rainy season gets in to full swing around March. Although the concentration of animals in the park is lower than during the dry season, the rains turn the park a vibrant green and there is a more peaceful, tranquil feel to the area as fewer visitors come during the rainy season. There are still many elephant around and the chances of seeing buffalo, zebra, giraffes, lions, warthogs and hyenas are still very good.

Tarangire National Park is the best national park in northern Tanzania for those wishing to see and photograph the majestic baobab tree (Adasonia digitata). The lifespan of the mighty baobab is thought to be as long as a few thousand years, with most of the trees in Tarangire being over 1000 years old! The trees do not have leaves for around nine months of the year and some say it looks as though the tree was pulled out of the ground and stuck back in by its leaves, leaving the roots exposed instead. The baobab stores water in its very large trunk and can withstand long draughts. Elephants like to eat the bark of the baobab during the dry season to obtain moisture from the trunk’s reserves. The tree bears fruits that are around 18 cm (around 7 inches) long and which are very nutritious, with high concentrations of calcium and ascorbic acid. The fruits are particularly enjoyed by humans, baboons and monkeys.
Other plants found in Tarangire National Park include:

A staggering number of animals can be found in Tarangire National Park and the concentration of animals varies according to the season. Just some of the animals that can be spotted here include: buffalo, cheetah, dik dik, dwarf mongoose, elephants, fringe-eared oryx (antelope), gazelles, giraffes, hartebeest, hyenas, impala, jackals, leopards, lions, long-necked gerenuk (antelope), ostrich, pythons, Vervet monkey, warthogs, waterbucks, wildebeest and zebra.

Day and evening safari drives are possible in Tarangire National Park. Walking safaris are another option for those wishing to get out and stretch their legs a bit. There is also the option to visit Masai and Barabaig villages. 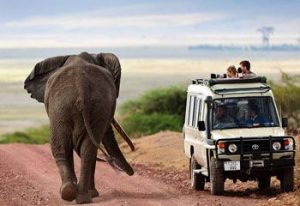 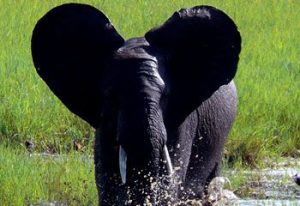 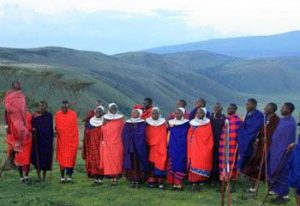 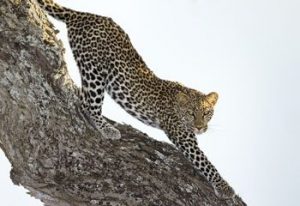 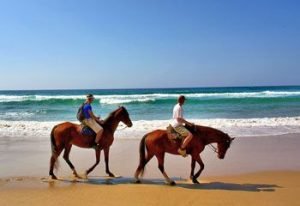